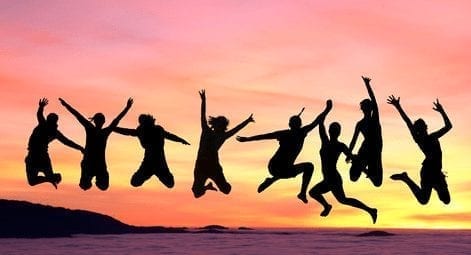 This is a great article about how sustained effort gets amazing results. Many people mention that they want their website to be listed on Page 1 of Google. It takes a lot of work to craft an article like this because you’ll need to gather your words, thoughts and images and package them up so your audience understands your points.

People and Search Engines judge you and your business by what you put on your site. If done right, you can build trust. Trust is the most prized asset any business can have.

10X Your Results, One Tiny Action at a Time (The Power of Incremental Progress) Many people can’t follow through on the things they really want to achieve in life because they are obsessed with the big picture, instead of keeping an eye on the crucial, tiny daily actions.

The problem with big goals is that they can be intimidating. The picture can paralyze you into inaction.

But if you start focusing on an incremental system designed to help you take action daily, you can easily make 10x progress over time.

Small improvements add up to massive differences. Compounding works in other areas besides money.

Sea levels are rising. It’s happening every day, and it’s been going on for a while. But nobody notices until it gets worse. Until it causes a flood. And when it does, the impact is huge.

Tom Clancy said, “An overnight success is ten years in the making.”

There are no “overnight successes”. Think of all the great people you truly admire. They didn’t succeed because of one giant move, but rather a series of small and consistent actions over time.

Every incredibly successful person you know today has been through the boring, mundane, time-tested process that eventually brings success. So, stop looking for “quick hacks” that bring faster results.

Your 10x output is hidden in your small consistent actions!

Seth Godin says “The thing is, incremental daily progress (negative or positive) is what actually causes transformation. A figurative drip, drip, drip. Showing up, every single day, gaining in strength, organizing for the long haul, building connection, laying track — this subtle but difficult work is how culture changes.”

The big picture can be overwhelming, but in little parts, it seems achievable. Every step forward brings you closer to a goal.

Progress is in your control.

Many people underestimate the power of incremental progress. They think they have to take massive action to achieve anything significant.

In “The Compound Effect: Jumpstart Your Income, Your Life, Your Success,” author Darren Hardy writes, “It’s not the big things that add up in the end; it’s the hundreds, thousands, or millions of little things that separate the ordinary from the extraordinary.”

In order to get what you want, you have to choose one direction and move towards it, constantly improving over a prolonged period of time.

Jim Rohn said “Success is neither magical nor mysterious. Success is the natural consequence of consistently applying basic fundamentals.”

Robert Collier once said, “Success is the sum of small efforts, repeated day in and day out.” Consistency and a series of purposeful actions will transform the way you work and hone in your chosen craft.

Be consistent. Be relentless. Instead of focusing on the outcome, concentrate on your small actions.

Narrows your focus to a few minutes or hours of work on your goal, rather than looking at the goal as one big step or achievement. <READ MORE>